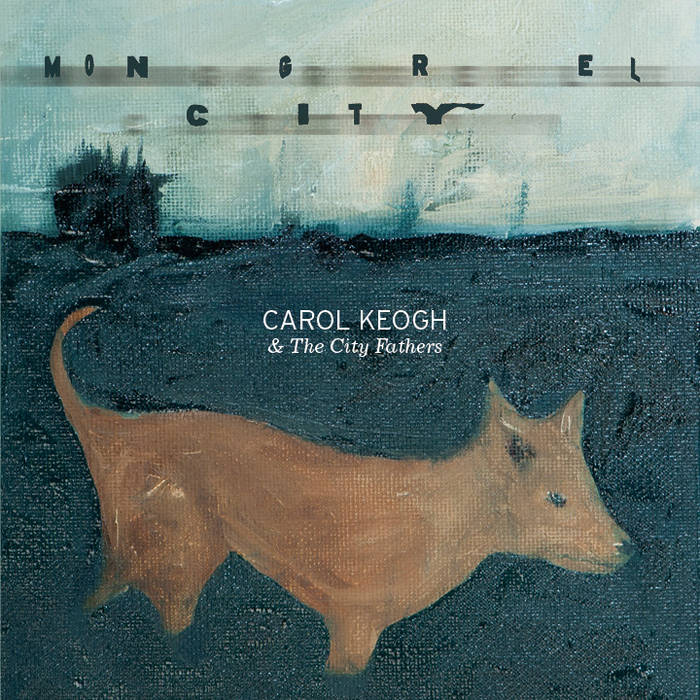 Peter Clark I've followed Carol and all her incarnations for years. Imagine my surprise to get a new one, and on vinyl!

This album was supported by generous contributions through fundit.ie. The artists would like to thank all funders, especially Executive Producer, Deirdre Flaherty.

Carol Keogh and The City Fathers are grateful to family and friends who have made the journey to Mongrel City possible. To each of you we say, “You are my sun and my moon.”

Woman and Girl is for Audrey.
By-the-Wind Sailors is for Mia and Luke.

Mongrel City is dedicated to the memory of my father the jeweller, Brendan Keogh

All songs by Carol Keogh.

Arrangements by Carol Keogh and The City Fathers.

The City Fathers are:

Mixed by Ger McDonnell at The Mill Studios.

Designed by Simon Roche at Bureau.

Irish singer and songwriter, Carol Keogh, has written and sung lead vocals for a number of Irish bands including The Plague Monkeys, The Tycho Brahe (Tychonaut), The Natural History Museum (with Dunk Murphy) as well as a prominent guest role as lyricist and vocalist on three albums by Autamata
Keogh's first solo release (backed by The City Fathers), "Mongrel City", was released in 2014. ... more

Bandcamp Daily  your guide to the world of Bandcamp

Guest hosted by Tamar Osbourn aka Collocutor and Toshio Matsuura.